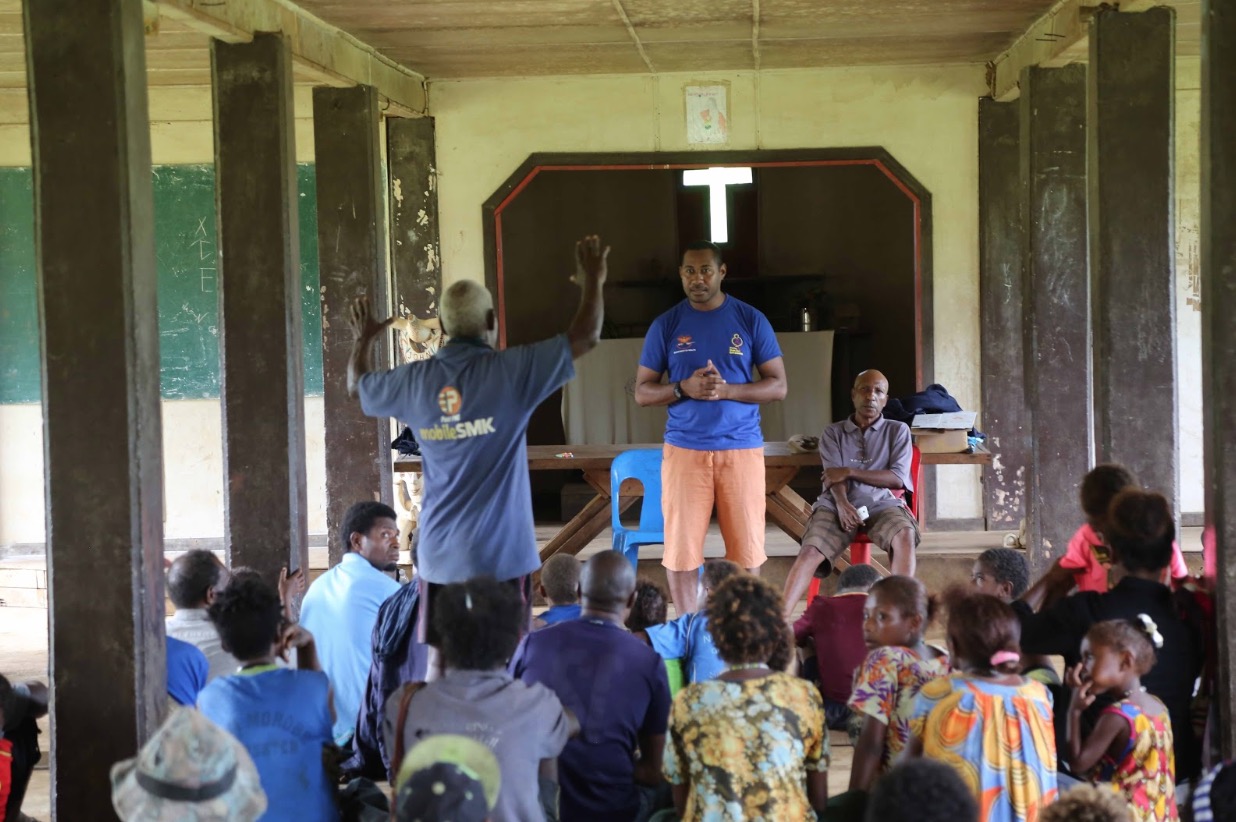 Friday, June 23: It’s Friday morning and the rain was torrential all night. It’s still raining, but we’re preparing to visit the main village this morning. We’ve just had a team meeting and trained the local health workers on the survey we will be administering.

The walk was much further than I had anticipated. The roads were so muddy there was no way any vehicle was going to make it through today. Someone was kind enough to lend me some rubber boots; everyone else was walking barefoot through the mud. We walked along the beach for some time and then through the forest, past a logging camp and then along the very muddy and slippery track to the village. There were over 100 homes and an estimated 1,000 people in the village.

The first task was to have a community meeting. We met in the church which was in the centre of the village. It took a little while, but soon the village had assembled and we talked to them about our plan for the day. We answered a few questions and there was some discussion around sanguma (sorcery) Mathias masterly navigated the challenging questions and kept everyone calm. We divided into 4 teams, three going from house to house and one team stationed in the church to do medical reviews, including malaria and dengue testing. Anyone with recent or current fever were referred for testing. We detected a few positive malaria cases and a couple of dengue cases, but the vast majority of people with fever were negative for both malaria and dengue. The sibling of a boy that died had exactly the same symptoms, she still had a fever and was passing blood in her urine. She also tested negative for malaria and dengue. We’ve taken some blood specimens and hopefully the lab in Goroka will be able to identify what is causing these illnesses.

It’s fascinating observing village life. They are a tough people and I get the feeling that having malaria is no big deal, just part of life. I imagine very little has changed in hundreds, if not thousands, of years in this area. There’s one village store with a few modern items, mainly cheap Chinese imports. There is no electricity at all in this village, no running water and very little connection to the outside world. With no television, no radio, no computers and no smartphones, life is simple and there is ample time for people to sit and talk.

As I write, I observe a group of young men sitting at the back of the church. They are just talking and chewing betel nut. I wonder what they are talking about, this small group of guys who have spent their entire lives together. Kids play with each other, there are no toys, they just play. I watch a little boy, probably about 2 years old, walking along watching his shadow. It’s comical, he’s totally engrossed in this game he’s playing with himself. He walks and then quickly looks around to make sure his shadow is still there. One cheeky little kid walks past a few of his friends and gives them all a tug on the ear and runs off laughing. Even in this remote village so different from anything in the west, the characteristics of the kids are so recognizable. There are the shy ones, the loud ones, the bullies, the jokers, the daydreamers, the mischievous ones, the ones that cling to their moms and the ones that keep running away from their moms. They are so entertaining to watch.

The teams continue their rounds; the families are all together huddled in their home out of the rain. The homes are all on stilts and typically consist of two rooms with an outer veranda (where the kids sleep), all under a covering of metal sheeting or thatched roofing. Most have mosquito nets to sleep under. Cooking occurs outside on the ground under the covered area. There are no toilets, they just go in the grass or bush area. I’m not sure where they wash, but I’m guessing at a nearby river. There is a real contentment and an acceptance of the way things are. No one is trying to outdo anyone else, all the houses are pretty much the same; they are really a community in every sense of the word.

The teams finish their household surveys around 6pm. It was sad visiting the families who had lost their sons. When we arrived at one of the families, the husband and wife burst out crying. We just sat with them while they mourned; the salt of the earth. Mathias is an extremely gentle soul and was superb in handling the sensitive situation. They eventually opened up and were very happy to talk about their sons’ illness. The fresh grave was just a few meters from their home.

We were really hoping for a definitive diagnosis of malaria or dengue so we could put the sorcery concerns to rest and explaining the intricacy of vector borne disease. No such luck. The vast majority of cases are negative for both. The village suspicions remain. Nonetheless, we talk about mosquitoes and their ability to transmit disease; we leave some WHO posters and flyers.

It’s now dark. The villagers bring some dinner for the team before we depart. As the tide has come in we have to take another path over the mountain and back to the clinic. It’s pitch black. There is cloud cover and no lights other than two torches. The roads are muddy, very slippery and full of puddles. I’m very thankful for my rubber boots. As we descend to the bottom of a hill, a tree comes alive with fireflies. It’s absolutely spectacular, there are thousands of them and what is remarkable is that they are all pulsating in unison just like Christmas lights. Every second or so, they all light up at exactly the same time and the entire tree is lit up. Just beautiful. I’m kicking myself for not taking some video, but I was too exhausted to try and get out my camera in the darkness. We arrived back and washed the mud off ourselves. My one pair of pants are filthy, oh well.

Shots from the trip: 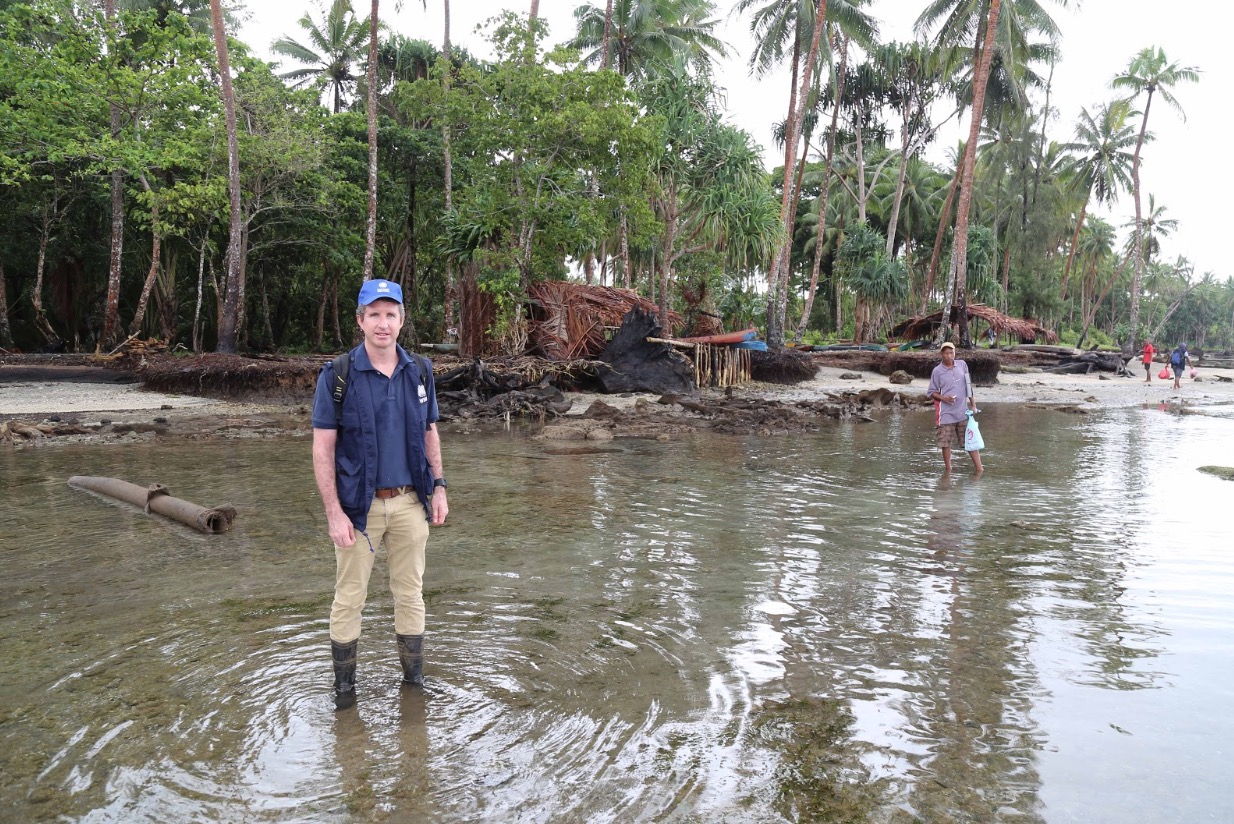 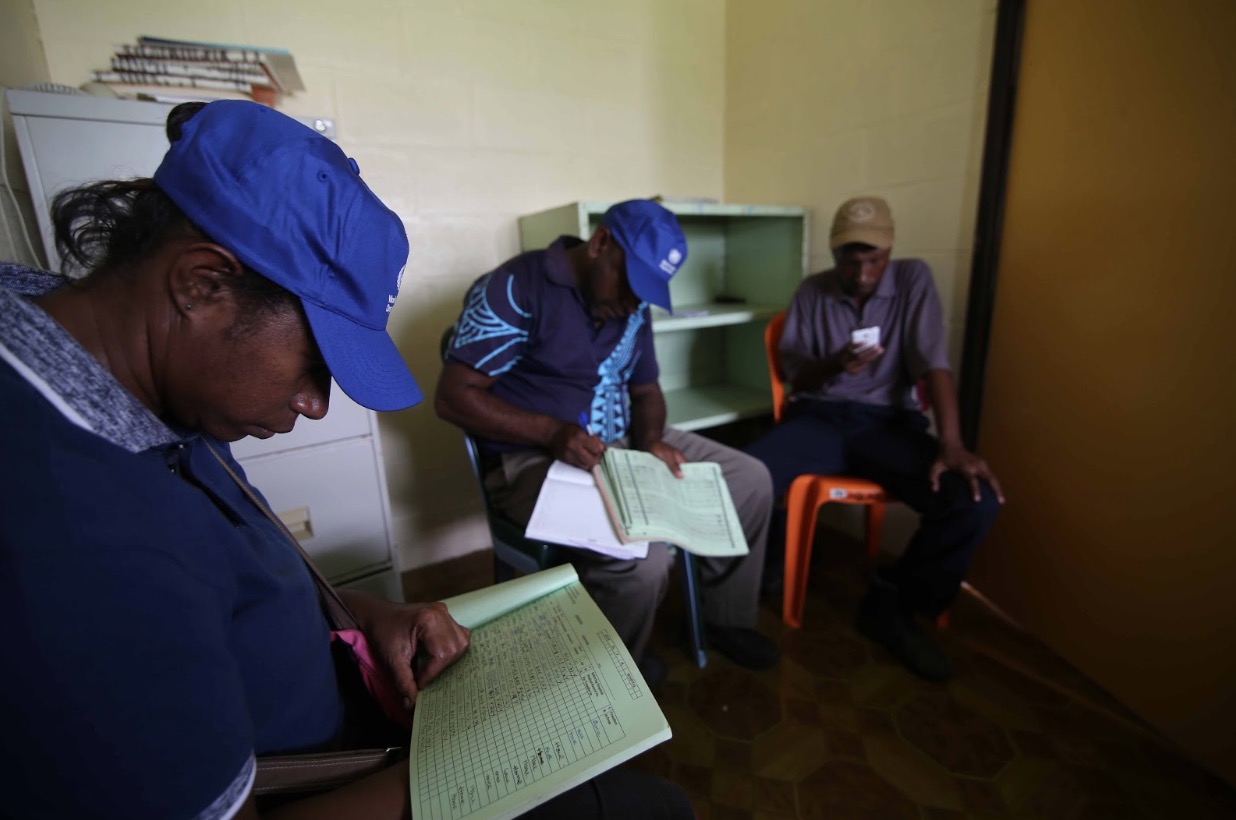