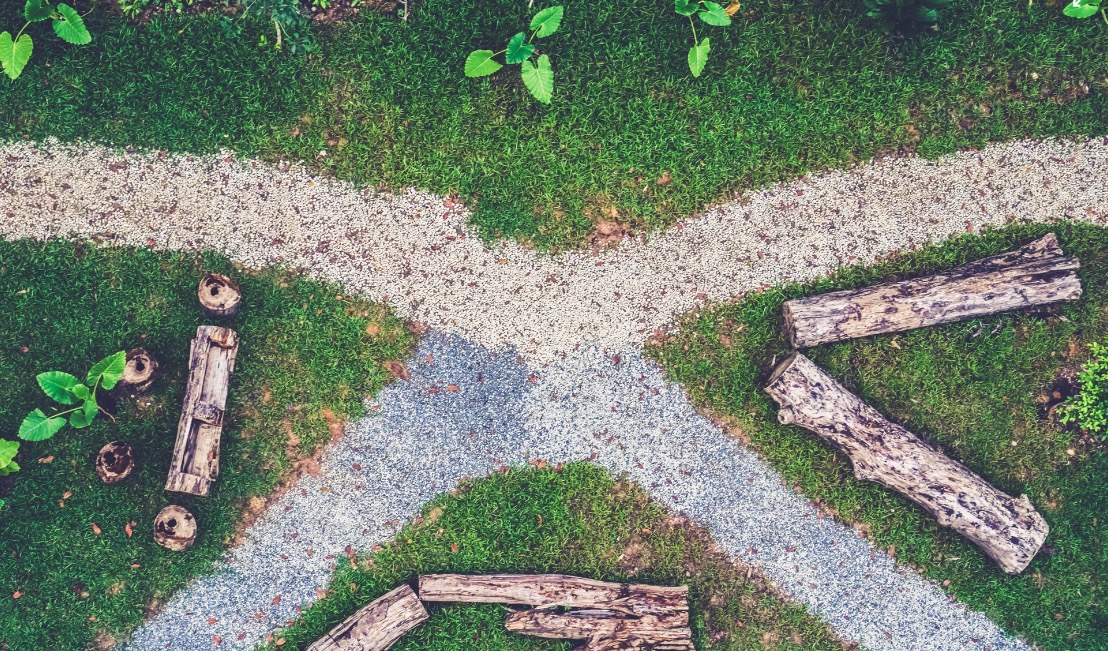 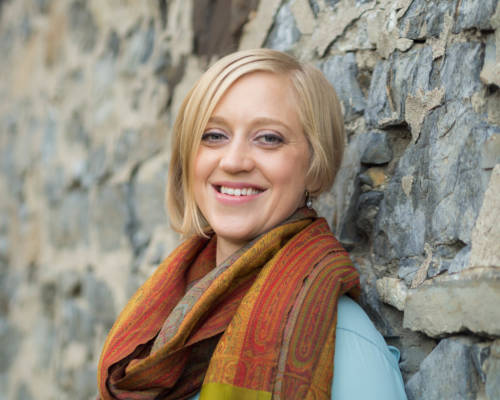 As a “seasoned veteran” of the public health academic circuit, my one message for prospective students is that there is no one right way to pursue a career in public health, and no one pathway that ensures career success. Rather, many circuitous routes offer amazing opportunities to ensure you are competitive in reaching your individual career goals. The best part of finding a career you love, is to embrace the challenges and struggles you meet and the accomplishments you achieve along the way – the surprises! To paraphrase one of my mentors, “No one who is advanced in their career just suddenly ‘got there.’ It takes years of steps along a process, the career ‘ladder,’ that eventually leads to expertise in a field.” We’re trained to want quick, instant gratification, to be worried if we didn’t receive a specific award, grant or funding, and to feel overwhelmed by any defeats. In fact, defeat is what pushes us to do better the next time and ultimately get to where we want to go.

A road less traveled by

“I shall be telling this with a sigh
Somewhere ages and ages hence:
Two roads diverged in a wood, and I—
I took the one less traveled by,
And that has made all the difference.”

Perhaps a bit about my circuitous journey will inspire you to consider taking some risks, even jobs that you may not love, to find a truly fulfilling career. Frost’s poem has been somewhat of a mantra for me since I haven’t always followed a traditional career path, though I’ve never regretted my decisions to choose roads “less traveled by.” My atypical choices began after college, when I took a year off to teach English to elementary school students in Paris, France, to improve my French language skills. The time away from academia, after an intense pre-med and French literature undergraduate double major, allowed me the time and space to realize that I wasn’t entirely sure I wanted to commit to another 8-10 years of studying medicine.  At graduation, one of my favorite college professors suggested I consider a career in public health.

At the time, I had no idea what “public health” entailed, but I knew I was interested in global health after a study-abroad trip to East Africa. After some research, I decided to do a Master’s in Public Health at Tulane University because it had a world-renowned infectious disease program and a strong focus on international health. I enrolled in 2004. One year later, after working in an HIV clinic in Kenya for two months, I came back to New Orleans to news of the approaching hurricane. Everyone fled the city, classes were postponed, then canceled, and no one knew what to do – or when they would be able to return to the city.

Hurricane Katrina hit New Orleans in August of 2005, and by mid-September I decided I would not finish my MPH classes at another university, as most of my peers were doing. Instead, I signed up with the Centers for Disease Control and Prevention (CDC) as a volunteer with their Epidemic Intelligence Service (EIS) teams to conduct epidemic surveillance, such as monitoring for cholera outbreaks, checking hospital records and daily in-takes and conducting mental health needs assessments for the residents of New Orleans who were affected by the hurricanes. I wanted to be part of the recovery effort, while gaining real-world experience in epidemic surveillance. By January of 2006, Tulane had re-opened for the spring semester, and I was able to finish my degree in May. But the volunteer experience had changed my focus. I no longer could imagine going back to the classroom to study medicine. I was eager to get work experience and apply my public health skills in a concrete manner.

After Tulane, I focused on getting a public health job for an international non-profit and decided to move to New York City since many were headquartered there. This was a tough transition, but an amazing challenge. I took a temporary job for 6 months as an assistant for two entertainment attorneys in Manhattan while applying to any health-related jobs I could find. I questioned why I was bringing people coffee and lunches given all my education; yet the job taught me not to take anyone for granted because a company needs each staff member to give their best effort for it to function properly.

My first public health job was as a grant writer for a Yale-system hospital in Connecticut, and a two-hour commute from my NYC apartment. This position required me to use many of my non-public health strengths, primarily my writing skills. And while working in a large hospital didn’t give me much exposure to infectious disease or international health, it did give me important skills in communication, fundraising and financial management of health programs as part of the larger development team. I had no idea at the time, but these skills would be critical in my ability later on to move up the ladder in my career

After almost two years at this job, I was exhausted from the long daily commute, and wanted to change to an organization that was focused on global health. I then found a job working for an international non-profit focused on health and human rights in NYC. This job not only built on the grant writing skills I had developed at the hospital, but also allowed me to transition into a more technical role, which included reporting to major funders like USAID. Again, after about two years, I began to feel removed from the programs I was writing about and knew I needed to make a career change to get back to hands-on health work.

I contemplated going back to school for a PhD or to medical school, but then landed an exceptional position: Deputy Director for the TREAT TB Project at the International Union Against Tuberculosis and Infectious Diseases (“The Union”).  In this role, I saw all my previous work experience come together in unexpected ways. I needed financial management skills to oversee budgeting and contract management for this 80 million USD project. My reporting and writing skills were needed for our quarterly reporting to our USAID funder. And, I was speaking French daily with my colleagues in The Union headquarters in Paris. On top of it all, I was traveling almost 50 percent of the time to clinical trial sites around the world: Brazil, Mongolia, Russia, South Africa, to name a few. It was truly the job experience I had always dreamed of, and I couldn’t believe how fortunate I was to be a part of such exciting and important work.

I was part of a unique clinical trial that made shorter treatment regimens available to people with multi-drug resistant tuberculosis (MDR-TB) around the world.

I had found my passion!

After four years in this job, the clinical trial was expanding, partnering with a pharmaceutical company, to incorporate the first new anti-tuberculosis (TB) medication that had been developed in over 40 years. At this point, I began to realize that although I had taken courses in epidemiology and biostatistics in my MPH program and had been working in the public health field for almost 10 years, I was not up-to-date on study design or statistical analysis of trials. Furthermore, my job was increasingly focused on financial oversight of the trial and managing numerous consultant contracts.

I suddenly found myself at an important career crossroads and had to ask myself: “Do I want to continue to hone my financial management skills?” If so, I needed formal training, such as an MBA. If not, I needed to go back to school to refresh my public health skills, namely in epidemiology and statistics, to better understand our clinical trial research.

This internal questioning coincided with a summer course I attended at McGill University, run out of the International TB Centre, on Tuberculosis Research Methods. My passion for TB was already in place, but my interest in returning to academia to pursue a PhD was sparked during this summer course!

I knew that I wanted to go back to the classroom and could now bring with me almost a decade of work experience, something rare compared to more traditional PhD students.

I applied and was accepted at McGill into the full-time PhD program, to begin in the Fall of 2015. Although it was hard to leave my job where I was challenged and tested in many ways (not just academically), entering the doctoral program has been one of the most worthwhile changes in my life course to-date.

My passion and focus on global health and research has now come full circle: I began my career as a volunteer with the CDC’s epidemic surveillance teams after hurricanes Katrina and Rita, and now through my course work and research, have deepened my understanding of how to conduct high quality research, analyze data and communicate results in a clear, cogent way to both the research community and the general public.

My main recommendation to you, if you are considering further studies, is to pursue an advanced degree, only when you’re ready, not when it is considered the “normal” time to do so.

Following a straight academic trajectory works for many people, but someone like me needed real-life, hands-on experience to feel connected to my research goals and to drive my passion. And that energy is necessary to sustain you through all the rigors and challenges of academia.

At many points I have chosen the path “less traveled,” and I encourage everyone to consider making such choices in their own life and career path. You may find that in the end, doing so brings you exactly to the point you’ve always dreamed of – fulfilling your passion and allowing you to contribute in unique ways to the health of people both locally and globally.

“I shall be telling this with a sigh
Somewhere ages and ages hence:
Two roads diverged in a wood, and I—
I took the one less traveled by,
And that has made all the difference.”

Hannah Alsdurf is a doctoral candidate in Epidemiology at McGill University, and holds a MPH from Tulane University. She has over 10 years of work experience in global health programs and is passionate about the fight against tuberculosis. She is also a proud aunt and avid traveler.
All Posts